48hr Launch Special: Use the Coupon FLYLEAF on checkout for 20% off your eBook. 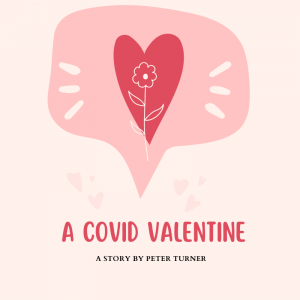 A small tale for the romantic.

Note: An earlier version of this story was published in the Winter 2021 edition of Le Tour de Sutton.

Gordy Johnson was a towering 19-year-old defenceman with the Chasseurs, the Junior A team from Farnham. His manly good looks had often brought him offers to model sports gear. Although he liked that idea, his mother, who raised him alone, had insisted that he turn down “such sexist appeals to male vanity”

He was so protective of his Mum that he followed her wishes to the letter.
Anyway, he was so wretchedly shy around girls, that he’d never had a real girlfriend – someone you might call “a keeper”. His Mother would tell him, “Don’t you worry about that one bit. When you meet the right one, you’ll know it right off, my boy.”

The affable young man continued to focus diligently on hockey, CEGEP studies and his part time job at Sports Experts. On the rink, his size and skill invited a steady barrage of provocation from the most fervent goons. But even taunts like, “Big Moumounne”, and “F’in Ringuette,” could not draw him away from the vow he made to his mother that he would never fight.

On a Sunday afternoon, just before Christmas, Gordon’s Mum was in the crowd for a home game against the Waterloo Tempest. Their “policeman”, a notorious chirper called Laframboise, shouted, “Hey Gordy, ya little chicken-shit, you still suckle on your Mommy?”

Gord turned around slowly and removed his helmet. He shook off his gloves and skated deliberately back to Laframboise. The startled defenceman went into a crouch and then, nakedly terrified, swung his stick hard into Gord’s face. The sickening blow was heard in the stands. It cleared out every last one of Gord’s front teeth.

The crowd was silent. Gord grabbed the stick with one hand and threw it over the boards. He then pounded the loser until he was inert onto the ice. No one had stepped in to stop it.

The dentist informed Gord that he would need to go toothless for at least six months. He was immediately grateful for his COVID mask. The team doctor said that, because of his concussion, he would have to sit-out hockey for the rest of the season.

Laframboise was condemned to a life-time suspension from minor hockey. He has not been seen in a rink since.

Early in January Gord met a girl who he could not get out of his mind. She was from over South Stukeley way, where her family dairy farm made cheese. Her father was a Swiss-Quebecer – hence “Liselotte,” the given name that made her cringe. No one outside her family knew that name. From the age of two, she had answered only to “Lise”. Her Mother, of Tunisian descent, had endowed her lone daughter with six feet of height, a shy physical grace, and eyes that were limpid pools of Arabian green.

Lise had gone to a private French school in Granby and her social life had been strictly managed by her parents. That meant no boyfriends before the age of majority! A few days after her 18th birthday, she was kicked in the face by a cow in labour. Her nose was smashed – broken in three places. Plastic surgery had been urgently performed in Sherbrooke. Recovery would take some months. She told her boss, Pascal the baker, that she could no longer work weekends for him because she was a “total hideous mess.” Her nose was dark purple, and ugly black and blue bags hung under her enchanting eyes. But all of Pascal’s customers loved Lise. No employee had ever sold more croissants. Pascal said, “It’s all right my dear because, with your mask, and no one will know any better.”

Soon after that Gordy stopped in at the bakery for the first time. He wanted to surprise his Mum that evening with a warm baguette. You guessed it – Lise was behind the counter. She had her back to him when he first heard her rich deep voice. Turning to him, she asked, “Yes. Can I help you?” Their eyes locked.

That night she described the boy to her mother – “His firm jaw Ma, his, soft blond hair, and his piercing blue eyes. Like steel but, you know Ma, also sweet. Like a beautiful summer sky. And his voice – very gentle. I was so flustered that it was hard for me to look away.”

When Gord got home that evening he said ‘Mother, how stupid is this? I think I just met “the one”. In fact, I’m sure of it. And I’ve never even seen her without her mask.’

He returned to the bakery almost every Saturday. If he didn’t appear, Lise could feel her stomach rise to her throat. “Maybe he’s engaged or something”, she might think, or, even worse. “Maybe he’s gone away somewhere and he doesn’t even think about me.”

A few weeks later, on a bitterly cold February day, Lise was driving to town in the farm truck. In an icy mist at the edge of town, she could make out a person waving beside a car stopped at the side of the road. She pulled in. The person ran up and opened the passenger door.

“Thanks a lot, eh, just need to get my hockey bag.” It was him. As he climbed in, Gord said, “I have a practice at the arena.” Lise was tongue-tied. It was all she could do to nod.

Gord was feeling lucky that day. It was Valentine’s and he had just read the usual twenty or so messages from the Chasseur groupies. Some of those had made him blush.

Within a few moments of driving on, they were pulled over by a cop. Lise was stunned. She was even more speechless. When she rolled down the window, a young officer said, “Excuse me madam but your right rear tail light is burned out. I will need to process a warning. Could I have your papers please?” Lise looked to Gordon apologetically and fumbled for her papers. The officer thanked her and, while examining her license said, “For identification, Liselotte! I will need that you take off your mask. You know My Grandmaman is also Liselotte. She German too.”

Lise lowered her head and she began a sob that quickly turned into to a keening wail. Both men were panicked. “But why mademoiselle Liselotte” said the policeman “It is no problem. You will not be going to jail you know.” With tears streaming down her face, she looked up at him and said, “But Officer sir, I am so ugly. My face is a total mess. I got kicked by a cowowowowwow.”

Gord softly touched her shoulder. She turned to him. He pulled down his mask and showed her his very best smile.

LINEBOUND | BULLPOUT, OLD DOGS AND STONE WALLS | A COVID VALENTINE | ABOUT THE AUTHOR